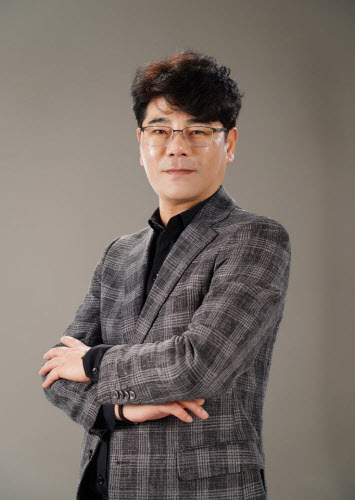 We have turned the face to face sales method over to the untact sales method. At the center of it was the ALGO network platform."

Tae-Gon Kim, CEO of the company, met at the headquarters of Pion-Tech located in Osong Life Science Valley in Cheongju, ChungBuk on the 4th, said, "Previously, it was mainly for door-to-door sales and direct sales, But from now on, it will be an Untact online sales method through ALGO e-Shop." This is the first “Digital Network Commerce” method in this industry. Through this, we will make ALGO e-Shop a representative H&B (Health & Beauty) platform in Korea.

Pion-Tech, which marks its 20th anniversary this year, has been focusing on the functional cosmetics (Cosmeceuticals) area such as “Volume Tox Original Peptide Essence”. Bubble Essence products including Volume Tox Original Peptide Essence have been sold more than 2 million units so far, recording “Million seller”. In 2019, it also was the center of attention by introducing “Genecode 28”, a DNA customized solution using genetic information. Recently, it is actively releasing health functional foods under the brand “DOUXSUM Health”.

CEO Kim said, "In order to turn the Covid 19 crisis into an opportunity, we have made aggressive investments such as the construction of the Fulfillment Logistics Center along with change in sales methods." And “In the process of this, we were able to establish ALGO Network Platform, and we stabilized it to a certain extent after conducting pilot operations during the second half of last year. We are planning to start full-fledged operations in March this year”.

Despite the period of pilot operations of ALGO e-shop, the recently opened online franchise mall (online shopping mall) has surpassed 440 malls. At the end of December, it also recorded sales of more than 200 million won a day. "We plan to open more than 1,000 online franchise malls at ALGO e-Shop by the end of March," and “we have dealt with more than 170 of our own products so far, but from now on, we will deal with more than 1,000 health and beauty products including products of other companies” CEO Kim said.

He emphasized that “the ALGO Network Platform is a groundbreaking way to directly connect manufacturers and consumers without an intermediate distribution process.” He said “Cosmetics usually go through three to five stages of distribution from manufacturers to distributors, dealerships, and retailers. However, ALGO e-Shop has significantly reduced its mid-term margin to 'C2P2P' model, which manufacturer, direct sales members, and consumers trade together on online platforms”. and "Direct sales members that run online franchise malls have no store, no inventory and no limitation for the time or place." In order to promote ALGO e-Shop widely, Pion-Tech has decided to cooperate with Treasure Hunter, the largest multi-channel network (MCN) company in Korea.

In order to make the more concrete ALGO Network Platform, it invested a total of 15 billion won last year and constructed a Logistics Center with a size of about 6600m². It introduced a Fullfillment method operating by leading domestic and foreign online distributors such as Amazon and Coupang. CEO Kim said, "We have a Logistics system that takes place within one to two days from ordering to delivery through a Fullfillment method," adding, "The daily shipment can be up to 10,000 units."

Its goal is to list to the KOSDAQ market next year through broadscale changes. He said "We are planning to conduct a technology

evaluation with the long-accumulated transdermal absorption (DDS) technology in near future," and "We will make innovative

growth through ALGO Network Platforms this year and start an IPO next year based on platform business."